First use of the new Herrenknecht RBR 400 raise-boring rig

Project start Raiseboring in Austria.
At the beginning of 2021, THYSSEN SCHACHTBAU GMBH was awarded the contract for the construction of three raise-boring shafts.
The shafts to be constructed have a diameter of 4.20 m and a depth of 160 m.
Following training of the site team for the new raise-boring rig at the machine manufacturer Herrenknecht in Schwanau, mobilization and installation of the equipment could begin at the end of November 2021. Drilling started on December 4, 2021. The precision-targeted pilot well was successfully completed.
Subsequently, it was possible to start cutting off the pilot bit, installing the reamer (extension head) and careful cutting. As soon as a level cutting pattern was achieved and the cutting rollers were fully in contact with the ridges, the performance of the rig could be increased step by step. Once the reamer had been cut through, it could be built back down and dismantled at the base of the shaft.

Following this, the drill pipe was removed, the rig dismantled and preparations started for moving to the second drilling site. The other raise-boring shafts will be produced in the new year after the well-deserved Christmas vacations. Great respect must be paid to the site team for the work already accomplished 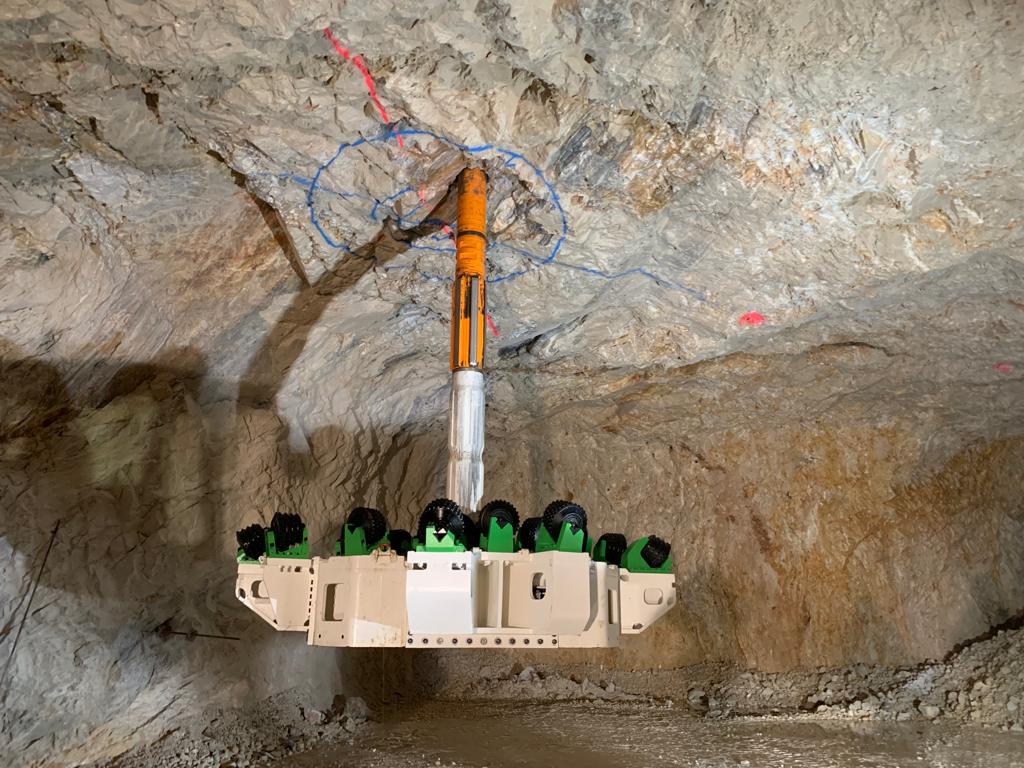